Fire distilled on film, Chilean director Pablo Larraín‘s Ema is sharp and stylized. A blend of erotic drama and dance movie, it is an ode to movement and the body. It’s a film that wears its symbolism on its sleeve; gorgeously shot sequences are included for metaphor even when they don’t further the story. It borders upon abstraction at points, barely clinging to the narrative as it descends into hyper-sexualized, stylized madness. The raw sensuality and imagery take over at the right moment; when our characters are detached from reality, we are too. It’s certainly an arthouse event film, one best seen as loud as possible to fill the experience with the deafening roar of love, loss, and lashing out. 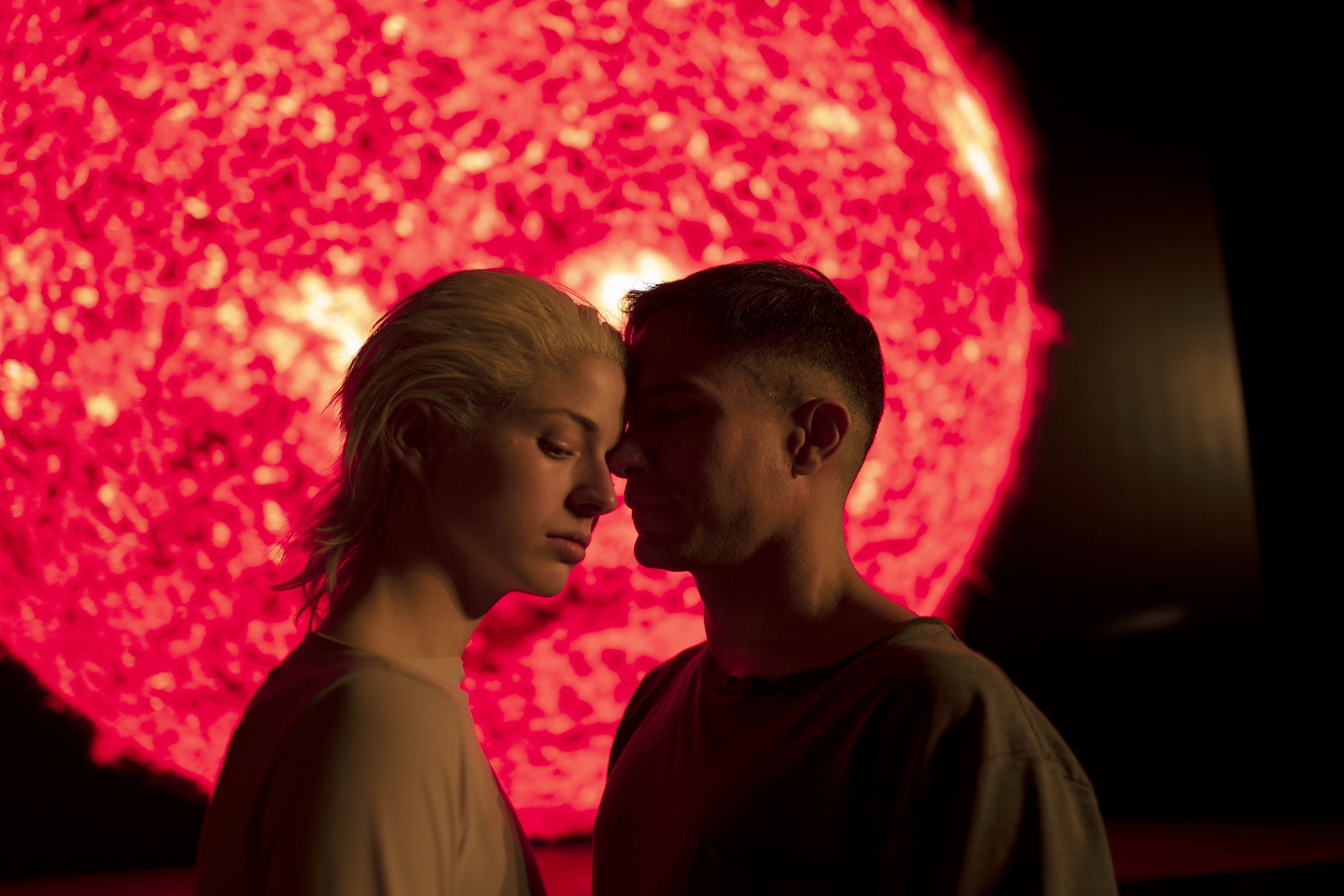 Ema (Mariana Di Girolamo) and Gastón (Gael Garcia Bernal) are a married pair of dancers with an adopted son. They live the life of artistic free spirits, at least until a violent incident involving their son Polo (Cristián Suárez). She decides to abandon their child, and their marriage begins to crumble as a result. Ema is both destroyed and set free by this, set off on an odyssey of self discovery in attempt to forgive and forget. What could easily become a downer of a drama about a woman unfit for motherhood becomes a poem about raw sexuality, rage, and struggling to understand oneself. Almost abstracting to a lack of narrative through frequent sex, dance, and flamethrowers, it becomes fully experiential, a musicality within this hypnosis.

Mariana Di Girolamo is a knockout in the role of our titular reggaeton dancer. She adds a layer of warmth to a character that could easily be seen as self-interested and heartless in one dimension. Her Ema is richly layered, sympathetic even when she acts rashly. Sex is a drug to her, and as she spirals further from reality, her bisexual hookups grow more common. Sex is shown in brightly-colored flashes, scenes are never lingered on so the eroticism remains flashy, and the viewer is left wanting more. She gentles herself with women when these hookups approach the romantic, and is attached to both a female partner and her choreographer husband. Sex is movement, and sex is power. Sex is much like dance to her, with the motion and the eroticism. She’s worried her reggaeton background will make it harder to teach dance in schools, and when she applies she tries to emphasize classical backgrounds. When at a job interview, Ema mentions doing any sort of modern or cultural dance only as a last resort, as she knows it’ll be seen as inherently more sexual and adult.

Ema is a firestarter. Both literally, in the sense that she is often seen with a flamethrower in hand, silhouetted by the light of a burning car wreck, and figuratively in the way she interacts. Her arguments with Gastón are pointed and damaging, both going straight for the heart, him going as far as to liken her to a monster. She is rarely alone, often surrounded by her dance troupe, within which she appears striking. With bleached, slicked-back hair and a piercing gaze, she wants to appear unstoppable even when at a loss for plans. She loses herself in the motion, and, in turn, the world loses itself in her , and she always seems as if about to combust. Silhouetted against what almost appears to be the sun itself, she and her fellow dancers become pure light.

In a similar vein to Gaspar Noé‘s Climax, Ema revels in sexuality, motion, and family. It’s not the kind of film that has one set takeaway- it is an unlabeled autopsy of a woman falling apart. This isn’t the first film of Larraín’s to depict a woman dealing with familial loss and entering a spiral, but 2016’s Jackie has a far broader appeal due to being an English-language Natalie Portman Oscar vehicle. We aren’t meant to have a definitive reading of the film, or even share an experience. It is as interpretive as the act of dance itself, with different parts standing out to different viewers. Motion is the story- the film loses narrative for a time where we are just as lost in life as Ema is. The film revels in its departures from story, with flashy sequences there just to say ‘look how cool this is’, a tactic that’s usually self indulgent if the film wasn’t about indulging yourself in order to cope. Bright lights and reggaeton are the heart of the film just as much as Ema is, and with this, the city comes to life.