Sometimes warmth is all you can ask for in a film and Jonás Trueba’s The August Virgin brings just that. With the palette of a digital Rohmer drama, save for the rich, handwritten intertitles, it looks as gently familiar as its story feels. In Spain, the city one lives comes with significance in faith. Eva (Itsaso Arana) spends the month of August in the city of Madrid as an act of Faith. This world for her is transient, yet she does not let that keep herself from immersing herself. She begins as the silent observer, reacting to the constant color and sound, maybe writing in a notebook or laughing, but she hardly marks the surface of the city.

This Madrid is one made out of light. We see this light reflecting in shop windows, in the bright sun of a park, and the dancing circles of white through window shades. This version of Madrid is a museum. A scene where Eva pensively watches the ancient statues of a museum shows her watching them the same as she would people. Here, it becomes a love letter to a place, one where the world of different times is seen through the same eyes, with the same gaze cast. It’s almost surprising when Eva speaks to an old friend in the museum. The two laugh and embrace with familiarity, and we remember she has a life beyond that of the silent observer. She isn’t different from anyone else in the city, she’s just made the choice to take note of life more often than act upon it.

But why pull back like this? Eva thinks her time is running out. She’s in her early 30s, which isn’t old, but she thinks she has grown past youth. She stays to see the festivities, to have that adolescent adoration of the world again. Eva remains in Madrid to see all the opportunities of the life she avoids, and the ticking days become a measure for her happiness. The day-by-day title cards are important, making it easy to chart progress by the days. In the end, it isn’t about accomplishing anything in particular, but about allowing oneself to live life. That’s where her spiritual feeling comes from, this newfound worship of life itself. On the poster, Eva is in front of a golden sun, casting her as a saint in a Theodorian mosaic. This sainthood is not one from any holy power, spare for the power of self worth. She watches over life like she is a guardian angel, and this metaphor is made true with the gorgeous poster. 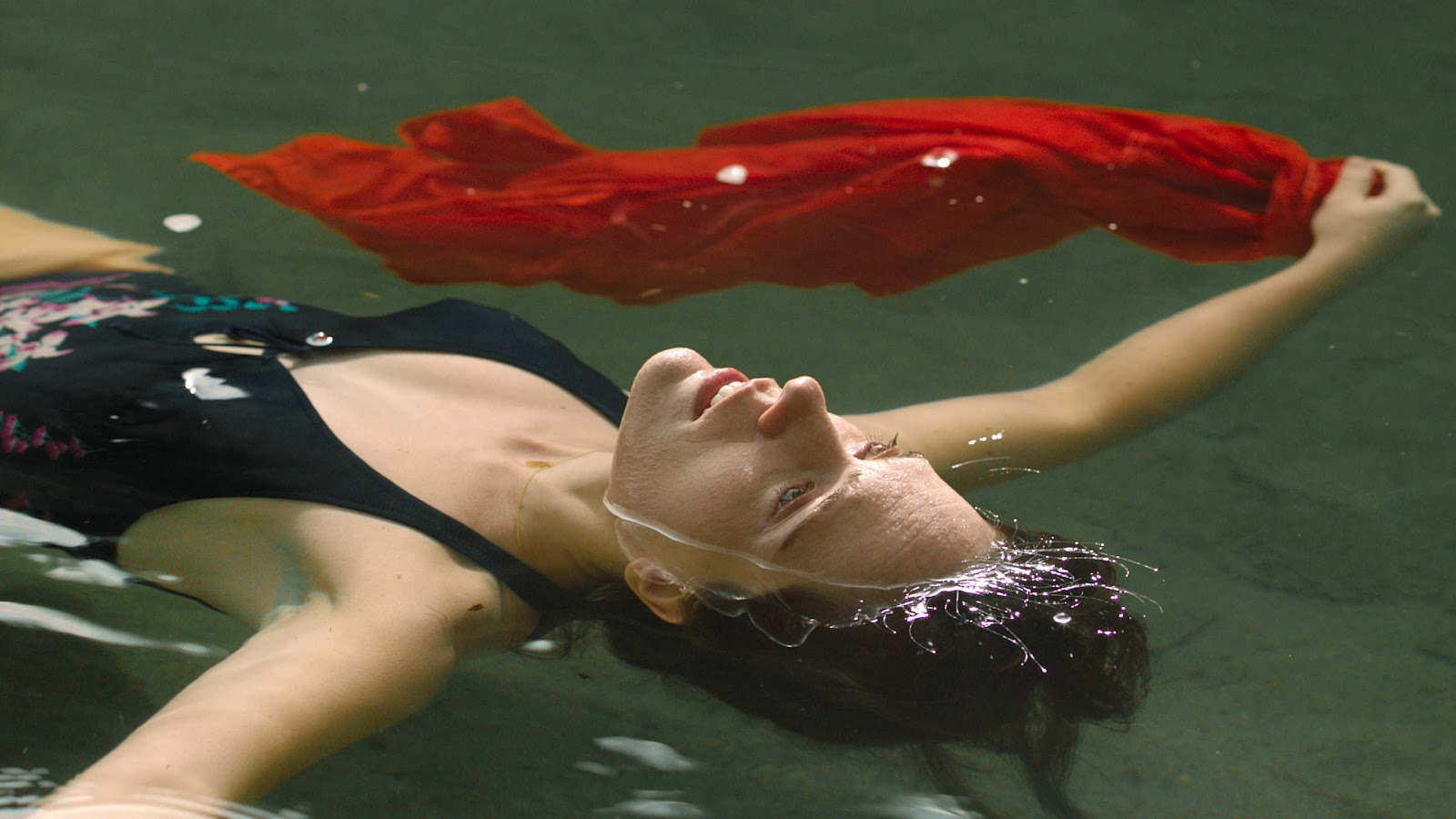 It isn’t a film tied to big plot moments, or revelations of story. The movement of light upon a wall, or the muttering in a street market is just as important as any event. It’s never boring despite this, the soft beauty and intimacy of the film is soothing without losing interest. Eva looks through the windows of her temporary apartment out into the world, but we rarely see outside as well, because maybe we don’t have to. It’s all shot so beautifully it feels like a painting come to life, so we are content with only the lives in this painting, and not how they got there. Here, the reaction becomes the view; and we can take in her world without having to see it constantly. We become the wanderer of the streets just as much as she does. It’s all a love letter to the beauty of the world, even if we can only see and hear this world.

The best way to describe the effect of The August Virgin is if Chantal Akerman had visited Madrid instead of New York when making films like News From Home and Hotel Monterey. It has that same drifty, floaty feeling of trying to fall in love with a place, but here there are brilliant saturated reds and oranges, and the sound of festival music around every corner. It is a city filled with life even when alone, and it’s all shot with a vision like Akerman’s gentle eye for light and emptiness. The effect is a few hours of experience with little rules, one that’s both a love letter from a young woman to her home, and from the city back to her.