Sexual awakening is so often tied to coming of age, expedited to a time when it is first possible, that we never choose to look at it when it comes later. With Morgana, we see this later in life, following a housewife, inching closer to her fifties, who reinvents herself as a star of the pornography industry. It’s a love letter to sexual power, reclaiming bodies past society’s typical enjoyment of them to create something beautiful, and healing, about one woman’s decision to find home in the sex industry.

From loneliness, and a fixation upon fatality comes a last-ditch effort to feel something when Morgana Muses thinks it’s the end. She’s suicidal, making a final effort to live before ending her life, and after twelve years without any sexual contact, this feels like the best place to start for her. She is reborn as a feminist pornstar, expelled from this past, ordinary life, one that beat her down and divorced her, and, in a way, this is strangely beautiful. What is Morgana’s salvation is taboo to much of society, what becomes a beautiful uplifting life change for her is called a downfall by many.

Of course, Morgana is inherently privileged as a mature white woman in the sex industry. She calls the shots over her career, and is able to define her boundaries. She is able to be seen as empowering, instead of having failed at society, as she has had time to live her life. For every taboo this breaks, there is more left untouched in the world, more that we do not see uplifted as empowering, as it does not share this history and privilege. That being said, Morgana’s story is deeply touching, and the catharsis is clear and present at the center of a narrative about rebuilding into one’s true self. 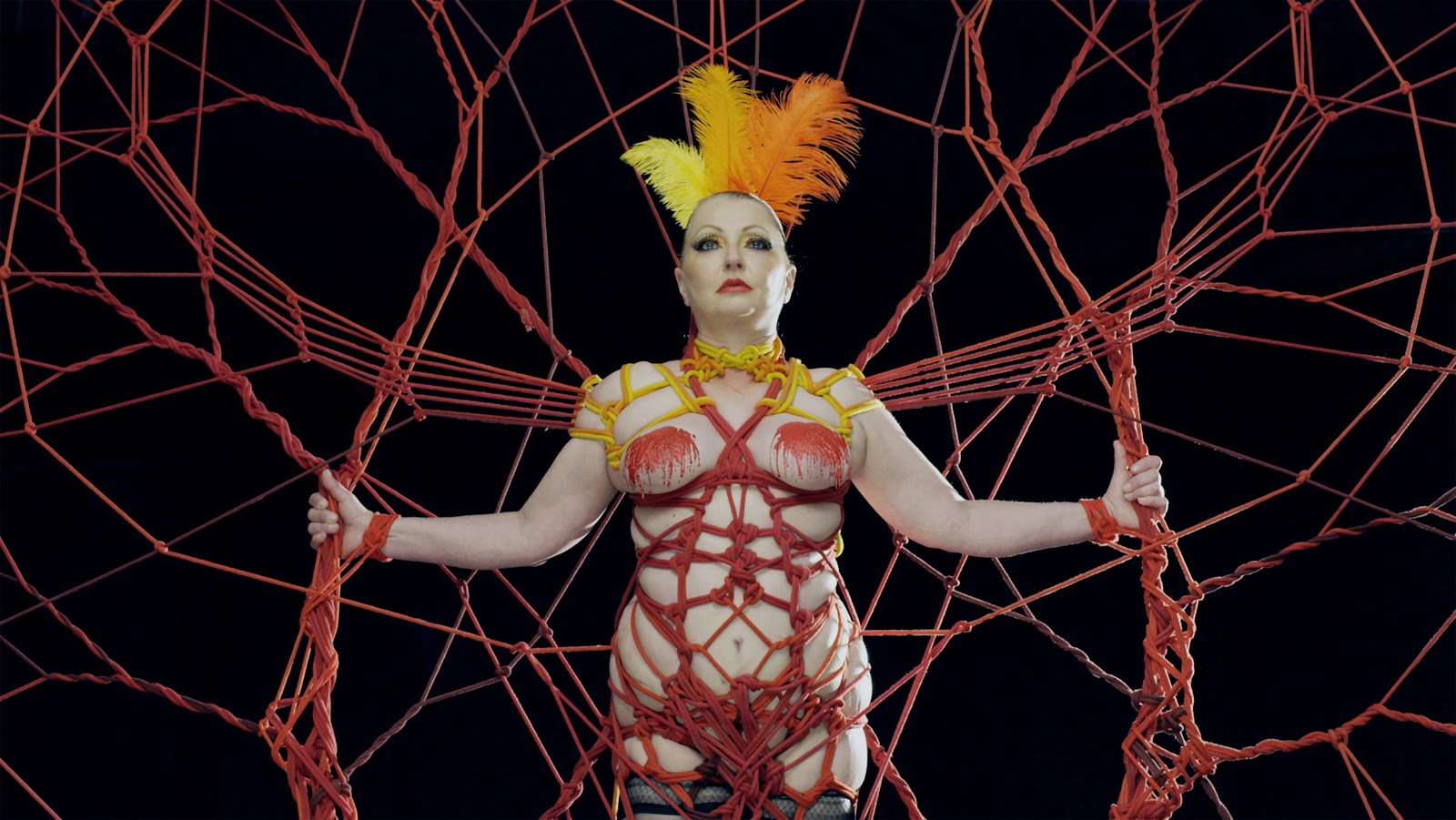 A standout shot is of Morgana lacing up a red heeled shoe, wrapping ribbons around her ankle with a fairytale grace that exemplifies the magic she is shown with. Filmmakers Isabel Peppard and Josie Hess have a gift for finding magic in real life, and it’s hard not to want to linger in the air of wonder at entering a new chapter of life. Their cinematography makes this fit right in with the horror slate of a festival, not in the sense that there is anything scary, or even particularly unusual, but there is an aestheticism reminiscent of witchy folk horror, dazed close-ups of charred wood, or a woman wrapped in red cloth like a spider’s web bringing a devilish sort of imagery

Maybe Morgana would reach its peak if it let itself dwell in its impressionism. There are moments where the camera grows floaty, voices grow soft, and we see the beauty in what this woman is doing. It feels fantastical, she is painted as an otherworldly being, and we can idolize the divinity within these moments. What kills the magic at times is the talking head interviews, feeling starkly clinical against the beauty of the glitterin, vibrant expression that is Morgana’s new life. While the content of these talking head sections is great, the film is very much a visual narrative, and is particularly strong in its telling stories just through arresting imagery.

These are the women who strive to impress at the idea that is put forth to be them, and fail, but pick back up again and find life in this supposed transgression. For a middle aged white woman who has been through the throes of monogamous lifestyle, this is a deeply radical act. It is the choice of happiness, the initiative to live as the final version of oneself, and the maturity to accept that the right path for you wasn’t what you’ve always been told is okay.