Staff Selects is back and we’re kicking off October with a selection of some horror films that we thought are underseen or else we just wanted to write about. 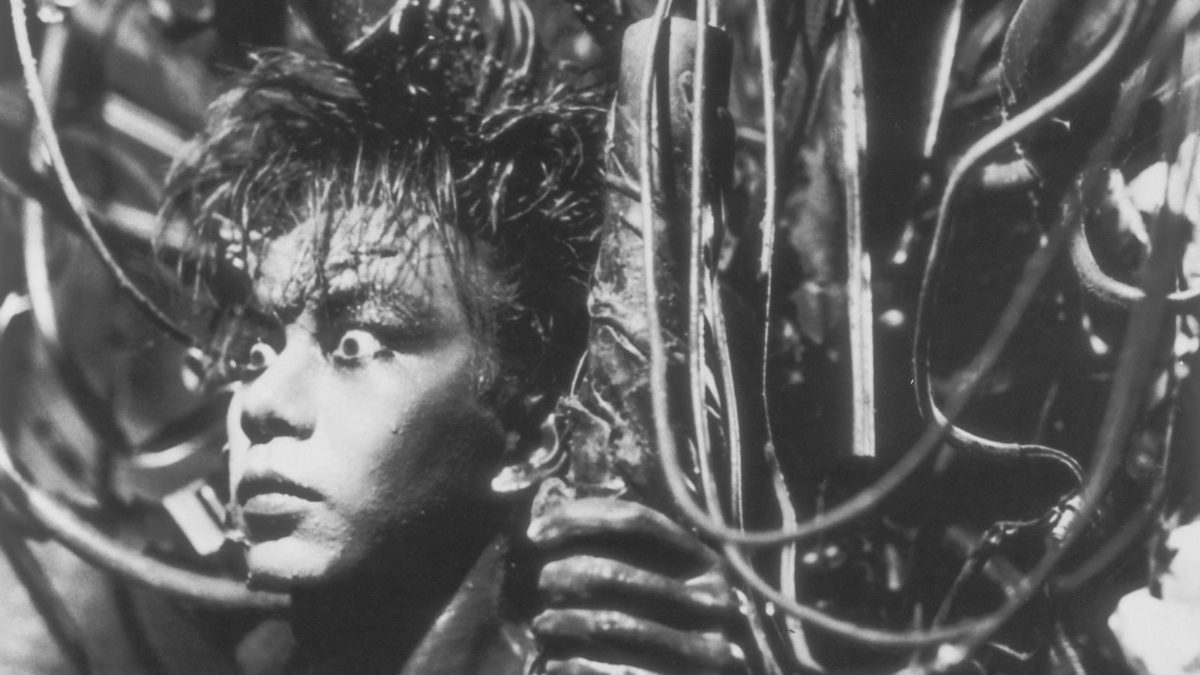 Shinya Tsukamoto’s cyberpunk fever dream of a film begins with a man—the “Metal Fetishist”—slicing open his thigh with a knife and then shoving a metal rod into the wound, and it only gets more chaotic from there. After discovering that his wound has become infested with maggots, he frantically runs out into the street and is hit by a car. The guilt-ridden couple driving the car are then haunted by the Metal Fetishist, as their world and even their own bodies begin to mutate into metal-infused abominations. The plot is largely unimportant, though, because Tsukamoto is more interested in instilling an atmosphere than following a coherent narrative. Every frame is unsettling. The no-budget black-and-white cinematography is reminiscent of Eraserhead, but the hyperkinetic editing and thundering industrial soundtrack put it in a category of its own. Tsukamoto’s depiction of man and machine melding into one is nightmarish but entrancing, making it an unforgettable, singular work of horror. [Kern Wheeling]

Happy Birthday to Me

A Canadian slasher I have never seen  brought up in discussion before, and one I truly think deserves both a bigger cult following and a Blumhouse remake. One look at Happy Birthday to Me’s bluray cover at the store was enough to convince me to seal the blind buy years ago. Led by Little House on the Prairie’s Melissa Sue Anderson, the film follows the surprisingly decently acted popular clique—”The Crawford Top Ten”—of an elite private school who are being picked off one by one prior to one of their 18th birthdays. Released in the golden age of slasher film, it’s filled to the brim with some of the most memorable and creative practical kills, and a genuine sense of psychological mystery, this 1981 slasher is a strong recommendation to fellow fans of Giallo films, Prom Night, and 90s horror à la I Know What You Did Last Summer, Urban Legend, and Scream. It’s also worth noting that it was almost deemed one of the infamous Video Nasties, largely on account of the terrific kills—which are best seen through the rare uncut version. Despite being a little too long, it’s one of the few slashers that will actually keep you guessing about both the killer and the central whodunit plot well into the closing moments—which is why I advise you to not search up any additional information before watching it. A must watch for slasher fans! [Lee]

Hour of the Wolf

Hour of the Wolf, Ingmar Bergman’s only attempt at horror, may be among his weaker efforts, but his skill as a filmmaker is evident as ever and it continues to influence the genre while starting  a new thematic trilogy that would include Shame and The Passion of Anna. An amalgamation of The Magic Flute and Bergman’s own nightmares, it features Bergman regulars Max von Sydow and Liv Ullmann as Johan Borg, an artist spiraling into insanity, and his wife, Alma. It has been widely thought that Johan represented Bergman, who was in the midst of his own tumultuous relationship with Liv Ullmann at the time. It’s an eerie descent we get to witness that fits within the Bergman oeuvre and expands on some themes he worked on earlier, like the split personalities of Persona, and contains his existential dread as a source for horror, but it also uses traditional horror staples like demons. Sometimes it can feel a bit unfocused and many aspects unnecessary (an issue I also have with The Lighthouse, a film that borrowed heavily from this), but seeing Bergman work in the same way with a different genre is interesting enough to make it a rewarding viewing. [Henry Baime]

During an ice breaker for a recent work meeting, we were all asked what our favorite October movie was. The usual suspects – Halloween, A Nightmare on Elm Street, etc. –  came and went before I could get my turn, but I was delighted when I remembered how much Adam Wingard’s The Guest gets me excited for fall. Dan Stevens as the Terminator with a Kentucky accent in a foggy Halloween town just gets me excited for sweater weather. It has all the fun of a slasher without feeling tied down to its aesthetic, the synthwave soundtrack is original and immersive, and there are tons of clever twists and turns. The Guest is manic and unpredictable, Stevens’s antihero abducting the viewer for a wild ride. It’s a great way to kick off the season if you’re looking for something nostalgic with its own unique flavor. [Jen] 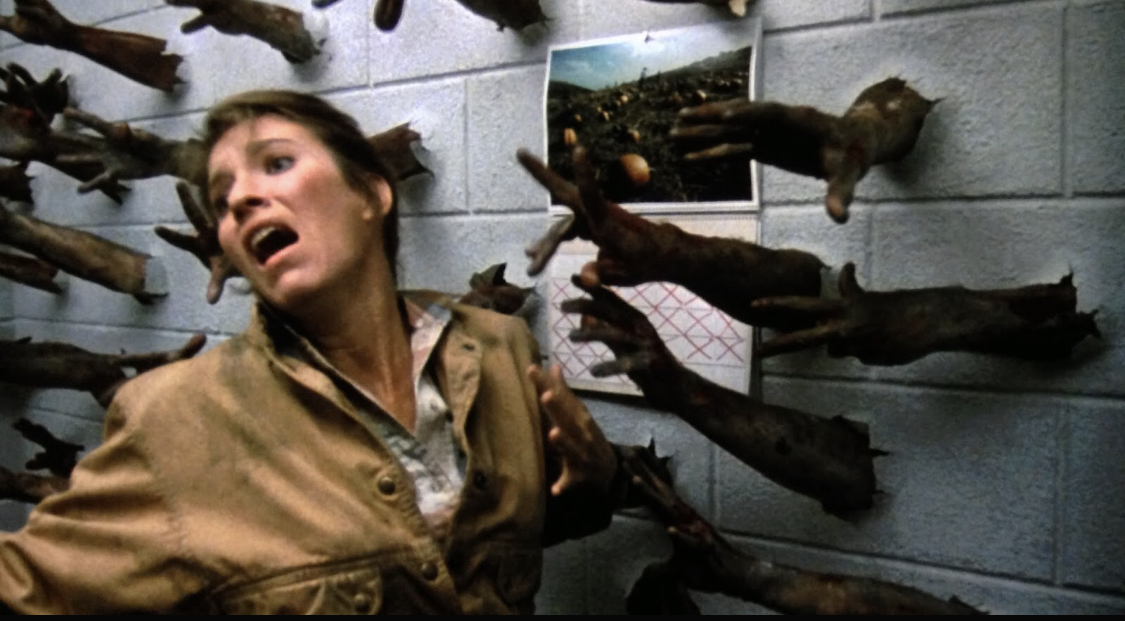 Day of the Dead

The tagline for Day of the Dead, the third of George A. Romero’s initial Living Dead trilogy, reads ‘The darkest day of horror the world has ever known’, and it serves as an apt description. Night and Dawn were far from rays of sunshine themselves, but Day ramps up the atmosphere of doom and despair to an astonishingly oppressive level. Humanity is on its last legs—soldiers and scientists are among the last survivors, bunkered underground in a military complex, each acting in accordance to agendas in vehement opposition to one another. The pressure is intense, and everything feels on the verge of collapse. And this is before we even start to factor in the presence of a relentless zombie horde.

Day of the Dead is my favourite horror movie of all time because it conveys a distinct sense of utter dread and hopelessness that has not been matched since. It truly is the end of the world as we know it; we’ve exhausted all our chances, and the fate of all mankind lies in the hands of the dangerously unhinged. As far-fetched as a zombie apocalypse might be, this vision also provides a prescient view of a future that may well lay ahead of us. Squint a little whilst you watch the nightly news and you can already see what a world with gung-ho militarists with boots planted firmly at the throat of the scientific community looks like. Let us hope the darkest day of horror the world has ever known will remain in the realm of fiction. [Chris Barnes]

Horror cinema arguably peaked in 1977 when Dario Argento, master of the giallo, took the subgenre to beyond the limits of imagination when he unleashed Suspiria upon the world. Based on an essay by Thomas De Quincey and classical fairy tales, the film worms its way into the heart and soul of the viewer on a visceral level by tapping into Technicolor and the nightmares of Argento’s girlfriend, Daria Nicolodi. A rather simple set-up (an American dance student finds herself living at a haunted ballet academy in Freiburg) gives way to a terrifying mix of ear-shrieking loud progressive rock, buckets of candy apple red blood, and deranged production design courtesy of MC Escher’s angry spirit.

The opening scene alone would be enough to establish it as the greatest horror film of all time. A former student at the academy flees to her friend’s apartment building, only for the both of them to be murdered by witches. Gnarled, clawed hands stab a beating heart as bright red blood oozes out while the score by Goblin roars over it. The final result—a hanging corpse and a messy array of broken stained glass—is a scene for the ages. [Cole Duffy] 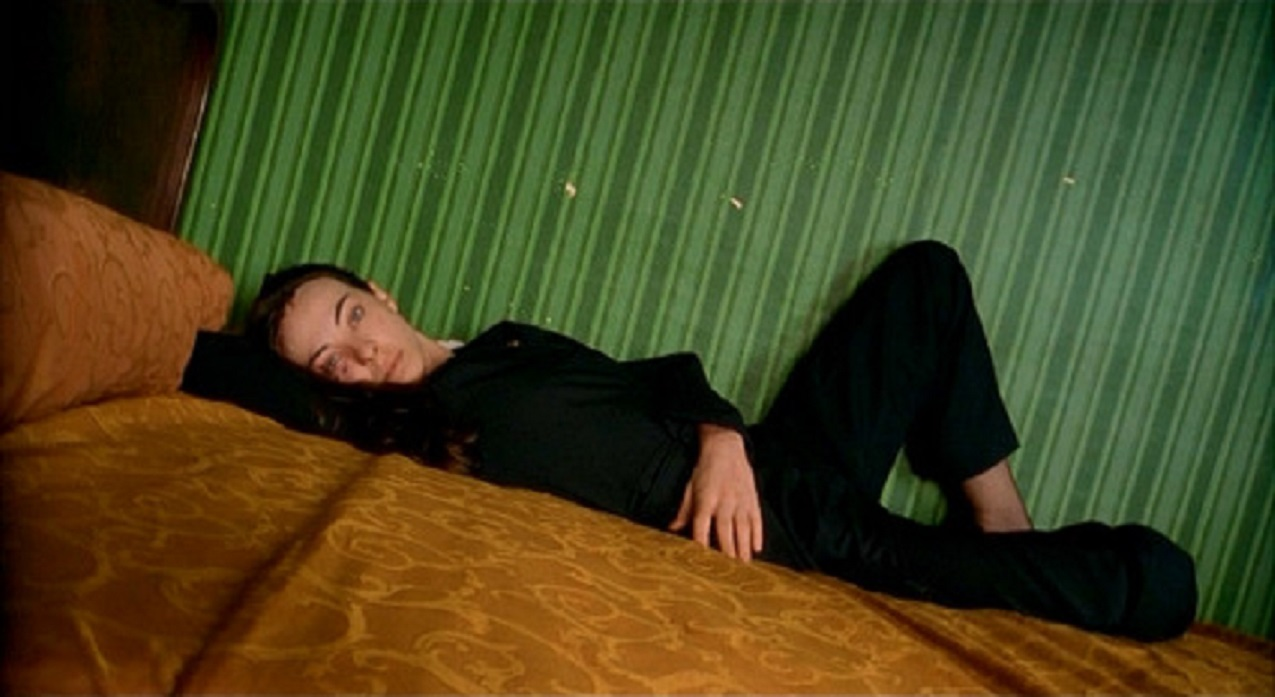 New French Extremity is a subgenre known for pushing the boundaries of our viewing capabilities. Including some of the fringes of sexual exploration on film, or the goriest most nihilistic horror like Martyrs, Marina de Van’s In My Skin is no exception. Beyond Cronenbergian body horror, her film is eerily sincere for such an extreme bit of art. After injuring her leg at a house party, Esther (Marina de Van) seems unconcerned about any damage left once her wound is patched up. She can hardly feel anything, and finds the way the open skin folds fascinating. She slowly begins to test her tolerance to the pain she hardly notices, and experiments cutting into her flesh, which is only alarming to others in her life when they see it live. This isn’t a film about self harm in the traditional way, though the dark compulsion is there, as Esther isn’t doing this to harm herself, but out of curiosity for the strange pack of sensory experience she has at it. It’s not for self punishment, even as she tears at her flesh teeth bared, but an even more morbid curiosity. In My Skin is incredibly graphic, and certainly not for the faint of heart, but it is fantastic for how it maintains control of what could easily be an unhinged subject, and is perfect for that Halloween gross-out. [Sarah]